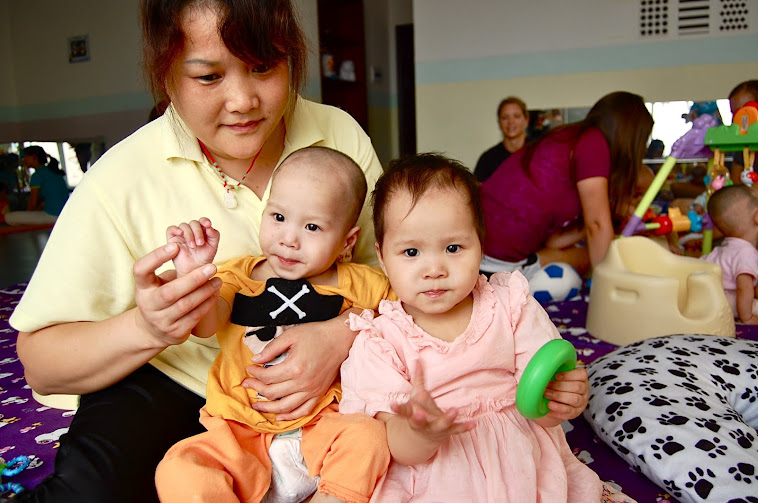 We can hardly wait to get our precious girls!

This morning we returned to the Civil Affairs Bureau, signed adoption paperwork and promised to love, never abandon and never abuse Aliza and Annaliese. That was a promise that will be easily kept. They are such sweet girls and we all love them.
At lunch, we noticed that several waitresses were hovering over us and we know how interested the Chinese people are in figuring out our family dynamics, but this was getting really annoying. Then we saw that the entire kitchen staff was lined up and watching us excitedly. People all over the restaurant seem to be watching and talking about us. Well, it soon became apparent that it was because they thought that Nicolas Cage was dining in their establishment! As you may know, Marshall regularly hears how much he looks like Nicolas Cage and has been asked a couple of times if he is actually Nicolas Cage. Anyway, we were glad that Marshall could give these Chinese people a thrill for the day.
Aliza enjoys eating so much. Not just her food, but everyone else’s too.  She does not know how to use chopsticks, but tries to eat with a fork and spoon, and her fingers are the last resort. If she does not have something tasty on her plate, she will grab something off another person’s plate. Aliza is happy and very curious, a typical 2 year old. 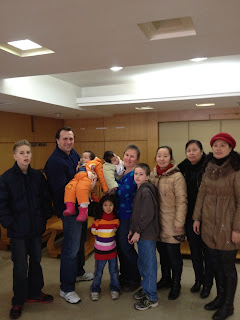 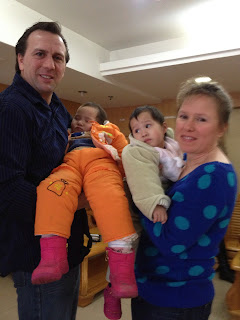 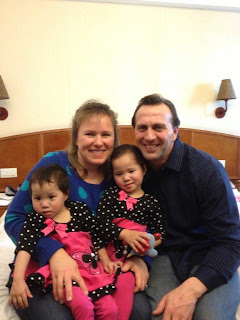 Annaliese is such a sweet little girl and doesn’t cry about anything other than when she kicks her leg between the crib slats and needs her leg freed. She is alert but cannot control her legs, arms or head very well. I am sure she will be able to do so much more once she can catch on to how to eat and gets started in physical therapy. She is so extremely malnourished that I don’t think she has had the energy to do anything either. I just wish we could get her to eat now. If the hotel scale is accurate, she only weighs about 13 pounds.
Posted by Michelle McGowan at 1:58 PM